skip to main | skip to sidebar

After installing the monitor and shelf in place, I made sure to get the computer up and running before putting the rest of the components inside. 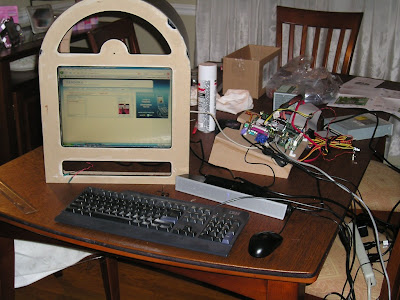 After that was finished (and I played around for a while), the next step was making sure the motherboard and power supply fit properly. I placed the motherboard on one side (using PCB feet) and the hard drive on the other (using velcro) and tried installing the vertical shelf. 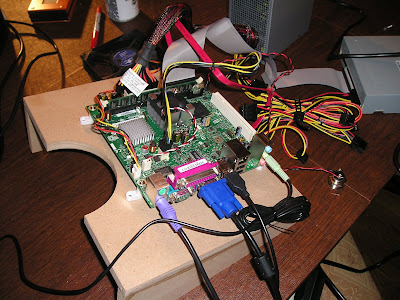 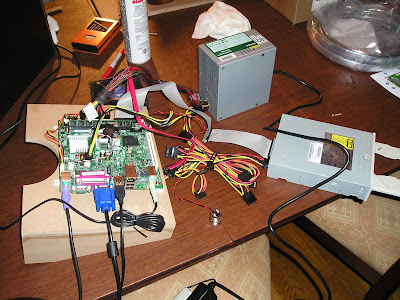 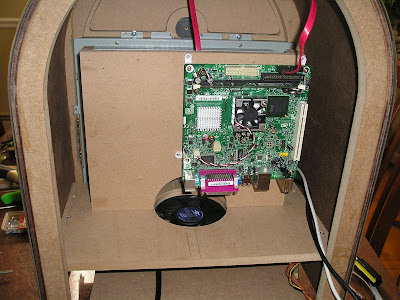 I was worried initially that since the ports were facing down and the whole thing was off-center that the fan underneath wouldn't keep things cool but boy was I wrong. After leaving it on for at least 6 hours it was cool as the other side of the pillow in there.

Here is the power supply in place: 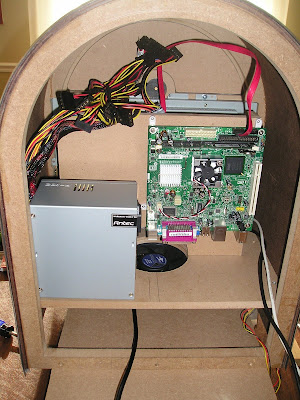 More later!
Posted by Some guy on the Internet at 6:00 AM

Hey there man, I have to say that I am really enjoying all of your blogs. Great workmanship, great use of colorful language (I believe this goes along with great woodworking skills), and overall just fun reads. I stumbled onto this over at Lifehacker.com. A guy there has configured his desktop as a killer interface that shows album art, lyrics, and everything for his music. Thought it would be awesome on your setup.

Also has some links to the guys own software called "Album Art Downloader" http://sourceforge.net/projects/album-art/ that he wrote to download hi-res album covers. Thought it could augment your system. Thanks again for sharing this with the world!

After reading some nice stuff in your article I really feel speechless, because it is quit pretty article. Beside this it is also a long lasting article. Thanks for giving me such type of useful information..
Jukeboxes

Follow along as I build a jukebox completely from scratch. I'm planning on:

This thing is going to be sweet. 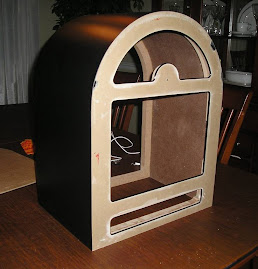 The Shell is Laminated!